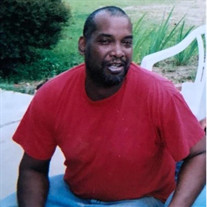 Carl Goins was born on March 26, 1954 in Pineville, Louisiana. He was the sixth child of Charlie and Laura Goins. Growing up, Carl enjoyed being the center of pranks. His mischievous ways kept him in trouble. He liked to tease his siblings, which usually resulted in a fight. Once the fight ended, he quickly forgot about it and went on his way. At the age of 15 Carl, along with his younger brother Donell, moved to California to live with their older brother Charlie (aka "Bubba"). He attended Los Angeles High School. Later, Carl married the love of his life, June Vinson, and their marriage spanned for 50 years. Together they raised her son, Edmond Davis, fondly known as "Snookie," until his death in January 2015. During those years of marriage, Carl joined the U.S. Army. His work career included the U.S. Postal Service, United Parcel Service, and a stint with a Mercedes Benz dealership, while all along completing his A.A. degree at Los Angeles City College. After several more years of Southern California living, Carl and June moved to Texas to take care of her mother. His last and most recent employment in Texas was with the Veterans Administration. Carl was fun loving and really enjoyed his family. He was known for his infectious laughter and storytelling. His philosophical approach in sharing his past experiences had such a comedic spin that kept everyone roaring with laughter. As well, he was not shy regarding his passion for food. Everyone knew that he was a big time foodie!! Carl had 3 brothers and 9 sisters. He is preceded in death by parents, Charlie Goins and Laura Goins Austin, as well as one sister, Gussie Goins, and one brother, Charlie Goins (Maime). He is survived by his loving wife June Vinson Goins, two brothers: Donell Goins (Ophelia) and Anthony Brown (Trudy); eight sisters: Betty Lewis (Barry-deceased), Leona Jones, Nina Tunzi (Richard), Debra Chavez, Frances Brown, Earlean Brown, Evelyn Keller (Darrell), and Renea Duffin (Morise); 14 nephews; 7 nieces; 5 great nephews; 5 great nieces; plus a host of other relatives and friends. We love you Carl and you will truly be missed!

Carl Goins was born on March 26, 1954 in Pineville, Louisiana. He was the sixth child of Charlie and Laura Goins. Growing up, Carl enjoyed being the center of pranks. His mischievous ways kept him in trouble. He liked to tease his siblings,... View Obituary & Service Information

The family of Carl Goins created this Life Tributes page to make it easy to share your memories.

Send flowers to the Goins family.